Tattered breviary a fond memento of the Philippines 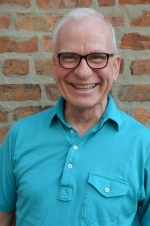 FEBRUARY 10 – On Saturday morning when I entered the chapel for morning prayer and Mass I received a surprise which I am going to treasure as a memento of my visit to our novitiate here in the Philippines. One of the dogs had gotten into the chapel during the night and played with my breviary the way they do with sandals they find. The cover has teeth marks on it and the additional leather cover had been thoroughly chewed. The ribbons were found on the grounds, two pages had sections torn out, but one of the novices found those missing pieces so I can tape them back together. I was going to buy a new cover when I got back to the States, but I thought and prayed about it and I have decided to keep the chewed up cover on my breviary. Whenever I pick up my breviary I will smile and pray for the guys in the novitiate at Padagian in Zambuango del Sur.

Later on Saturday one of the novices (Son James Nguyen – a familiar name to some in the US) held a day of recollection for 67 seventh graders (young people about 12 to 15 years old).  It started at 8:30 a.m. and went till about 4:30. The theme was “God is Love”.  He began by explaining to them what a day of recollection means.  He gave a presentation on ways to pray. Then he gave them questions to reflect on in the large group:  Who is God to you, who is Jesus to you?

He gave them questions/statements such as the following:  I love my parents because….I love my school because….I love God because …I love friends because…How do I make God smile at me?  I am happy because…. I am sad because….  The young folks reflected on these questions in silence till noon.

After lunch they gathered in groups of eight or so and shared what they had reflected on. They did that until 2:30 and then had a meditation period for about 45 minutes and closed with Mass.  Before Mass he had a short talk on repentance and reconciliation.  The kids seem to have had a great time.  It was great to see such good youth ministry going on at our novitiate here.  The kids had gathered at our parish down the hill from the novitiate and were brought up the hill in an open flatbed truck that had benches for them to sit on.   There must have been 30 of them at a time in the back of the truck. Reminded me of when Brother Conrad would haul us to Plymouth, Indiana. from Donaldson so we could catch trains and buses to go back to our homes for vacations.

On Sunday after Mass and breakfast Fr. Rico, Fr. Johannes and I headed to Cagayan d’ Oro where the house of formation is – the place that I spent my first two weeks here.  It feels like I am heading home.  It takes about five to six hours for the trip.  I noticed the guys here don’t use seat belts unless they are in town where they will get ticketed and fined for not wearing them (Johannes wears his when he takes a nap (no he was not driving!)  After going about two hours or so Fr. Rico pulled off the road at a restaurant and said what I heard as “cigar”. I thought he was going to buy a cigar to smoke as he drove.  What he said was “C.R.” which stands for “comfort room” which is what they call the lavatories here.

We had evidence of the Muslim presence in the area we were driving through. A caravan of about 50 or 60 cars passed us on the other side of the road. Every vehicle was decorated with yellow and red balloons on each side of the car. They said it was the wedding party of probably a pretty significant person in the area. That was a peaceful Muslim presence.

As we drove on there was a reminder of another kind of Muslim presence.  Fr. Rico said we were passing through the area where we SCJs were before, but after Fr. Beppe was kidnapped by a Muslim group the SCJs decided to move to safer areas.

Shortly before we got back to the house of formation we stopped for a visit at a huge shrine of the Divine Mercy (think Stockbridge, Mass, the Marian Fathers and our picture of the Sacred Heart, minus the mercy rays).  There is a statue of Jesus about 50 feet tall on the top of this high hill and the statue looks out over the valley onto the sea.  Very impressive.

A quiet week at Cagayan d’ Oro at the house of formation.  Most of the community is gone on the community vacation.  I am relaxing here before heading to Manila on Thursday where I will have some time with the post-novitiate group before returning to the US on Valentine’s Day.

FEBRUARY 13 – I spent Wednesday saying goodbye to folks at the Formation House at Cagayan d’ Oro and did my packing.  Since Wednesday supper was my last at Cagayan d” Oro we celebrated with pasta in addition to rice at the meal and ice cream for dessert.

Thursday morning Fr. Indra and I flew from Cagayan d”Oro to Manila (but not before a flurry of photos being taken by the students).  We were met there by a couple of the students who took us to our place.  It is located in the greater Metro Manila area (the NCR, the National Capitol Region as they refer to it) but the name of the area we are in is Quezon City.  We had some lunch and I unpacked and started repacking some stuff for the trip back to the States on Saturday.

I had some time so I thought I would take a chance and visit a religious house I had passed when I was on my way to a parish where I offered Mass the second day I was here.  It is the convent of a group of sisters called “The Adorers of the Blood of Christ.”  I knew the group through Sr. Maria Hughes who was one of the presenters of an Intercommunity Novitiate session.  I rang the bell and a sister came to let me in the gate.  I said my name and said I was a Priest of the Sacred Heart, a Dehonian.  She said:  “I know.  I see your cross.” I was wearing the “mission cross” given to me by Juancho at a little ceremony our community had just before I left for the Philippines. Our young guys always talk about “branding”. I experienced what they are getting at.

Anyhow I had a delightful visit with the Sisters.  Our two houses are just around the corner from each other.  The Sisters know our guys so well.  They are involved in ministry with them and our guys gather to preside at Eucharist with them. I felt like I met women who were sisters of mine.

Back at our house I went down to the chapel for Evening Prayer and Adoration.  I was surprised to see everyone’s shoes lying outside the chapel.  No one wears shoes in the chapel, what was it that God said to Moses as he approached the burning bush?

Late Friday morning Fr. Indra took me to the shrine of Jesu Nazareno; I mentioned Jesu Nazareno before.  It is a figure of Jesus with darkened skin like one who has labored in the sun.  He is carrying the cross and is crowned with thorns, but he is wearing very festive garments.  They symbolize his victory over suffering and death.  There is a great devotion to Jesus here under this title.  Very popular with men.  The Church was packed.  Mass is being offered continually all day. We arrived just as Mass was ending. It was very moving for me to see the crowd — men and women and of all ages — standing with their arms raised singing and then clapping as Mass ended.

Friday evening I had a session with the guys who are in temporary vows. They responded very positively to what I was sharing.  Afterward they gave me a thank-you note and gift: a CD that Fr. Arthur (nickname:  Fr Totong) made.  He is the vocation director and has a great voice.

Fr. Indra was asked to have Mass tomorrow at a nearby parish.  The priest there is ill.  So I will have the Mass here and after breakfast Fr. Indra will take me to the airport.  I leave Hong Kong at 6:45 pm (their time) and arrive in Chicago at 7:15 (Chicago time).  So by the clock the trip will take a half hour, but in reality it is a 14 and 1/2 hour trip.

These have been wonderful days for me.  I feel I have been greatly blessed by the folks here and I feel God has used me to bless them.

One response to “Tattered breviary a fond memento of the Philippines”