At the novitiate in India 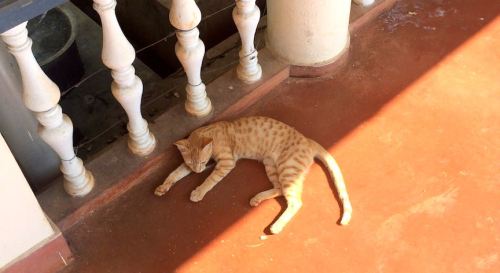 The day starts early in the novitiate with rising at 5:00 am, that’s about a half hour earlier then Eluru. In part it’s the result of having a half hour meditation at 5:30 am before 6:00 am morning prayers followed by Mass at 6:30 am. At the moment I’m the only priest in the house as the novice master, house treasurer and the two priests assignedto our nearby Sacred Heart parish are all on this week’s retreat. Since that’s the case our morning Mass crowd more then doubled from the norm. One of the priests from the house staff usually says Mass at a nearby convent so this week while the retreat is going on they walk over here to our chapel for Mass.

The convent is a house for aspiring sisters, their equivalent of our postulancy program. I must say their habit added a lot of color to our prayer gathering. The Asha Deepam Sisters (Aloysius Gonzaga Sisters)dress in a habit typical of an Indian women. I’ve noticed a number of Indian woman’s communities have adopted this style of dress and it may be they are communities founded here in India though I’m sure that’s not true for all groups.

Speaking of religious, the other day I was reading an article that pointed out that India is fast becoming the religious capital of the world. I’m not sure just how many men and women religious there are in In India in addition to the diocesan clergy. I do know the Indian Jesuit community has now passed the US as the largest single national group within the Jesuit community.

This morning at Tiflin I asked Jesu if he (the novices) are counting the days. Their first profession is on May 1st. He laughed and said not always, but then let me know there are now 45 days to go! Counting these closing days did not surprise me. The novitiate year is a once-in-a-lifetime experience but it’s a stage in life not meant to last. The novices have been at it now for just about a full year. The district has their novices enter at the end of March or early April so that in effect the novitiate year is 13 months long when the legal requirement is for one full year (365 days).

There are 10 novices in this group, which makes it one of the bigger novitiate classes, at least in the last few years. Next year there will be six and I think they are planning for seven new postulants. It won’t be much of a change for the new novices as they’ve spent their postulancy year right here at the novitiate under the direction of Fr. Christy Peter, SCJ.

While they were housed in the same complex their schedules were very different. For example, the postulants ate their midday meal at 12:00 pm and the novices at 12:30 pm. In part it had to do with the novices eating both breakfast and their noon meal in silence while the postulants were not under the same restriction. 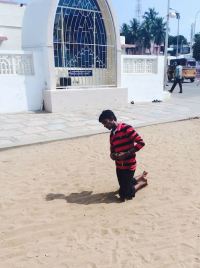 A novice during the 2014 retreat

This morning our classes on Our Rule of Life began. I think they are pretty well organized with the novices doing much of the work with the materials I have given them. I have to thank Fr. Jim Schroeder, SCJ for most of my materials. Jim has an intimate knowledge of Our Rule of Life having been at some of the chapters that worked on the text and then being responsible for the translation from French to English of the approved edition as well as seeing to its initial printing. He has also done some very good research into the history of the Rule as well as to its theological underpinnings.

Since the novices eat in silence for both breakfast and the noon meal I’ve decided to use his little booklet “A Safari in our Constitutions,” which Fr. Jim based on a retreat he gave to our SCJs in South Africa. We’ll begin that tomorrow morning. For today’s meals we listened to an hour lecture from “The Teaching Company” taken from a course by Robert Garland called The Other Side of History, or how the common man lived from pre-historic times through the middle ages. One of his last lectures describes the typical life of a pilgrim, especially in England. I thought we’d begin this way since on Sunday we’re going on a day-long pilgrimage to a Marian shrine. I did a four-day pilgrimage with this group to the shrine of Our Lady of Health at Vailankanni about this time last year.

I’m including two snapshots taken last year on our Lady of Health pilgrimage. 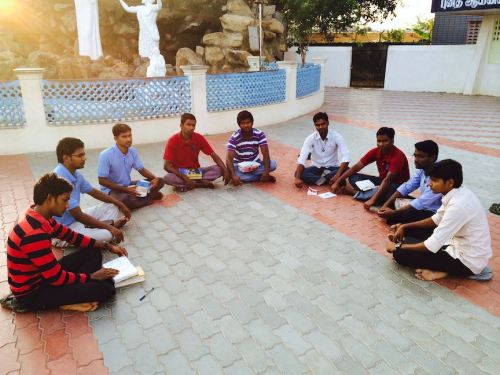