Easter in the Philippines

Fr. Bernie Rosinski, SCJ, is spending several weeks in the Philippines assisting the SCJ district there with administrative duties as well as helping students in the multi-national formation program with their English.  He recently shared the following: 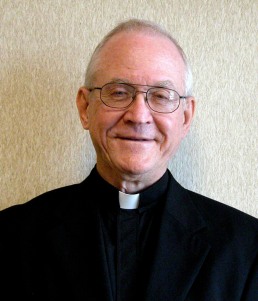 On Easter Sunday, I went by car from Cagayan de Oro to our novitiate in Dumalinao, about 200 miles away; a five hour trip that took closer to eight. We traveled west along the northern coast of Mindanao. We stopped at a hospital, privately owned (this is possible in the Philippines), where the owner — a doctor — hosted us, together with his wife. I actually ate whole roast pig and a number of other delicacies. So this stop was part of the delay.

The Philippines sunrise is about 6:10 a.m. and sunset is about 6:30 p.m. daily. The islands are so close to the equator so day and night are almost equal. Part of our travel took place after dark. Fr. Bene Machado, SCJ, was the driver. He is Brazilian and Brazilians are great racing car drivers.

The entire highway was concrete. Except for one large industrial city, it was two lane. Let me describe the highway a little more. It has no shoulder. The highway is used by: (1) people who walk (usually in their “floppies” or flip-flop sandals) on either side of the highway, whether with or against traffic, and sometimes people sit on the side of the highway which, with a shoulder, resembles a seat or step on which to sit; (2) people with simple bicycles; (3) cyclists with racing bikes; (4) small motorbikes; (5) small motorbikes with side cars for transporting goods or passengers (usually without lights); (6) motorcycles; (7) motorcycles with sidecars for transporting goods or passengers; (8) “jipneys,” which are elongated Jeeps used for transporting people and goods [in this category are also SUV’s which are converted to the same purpose] and which make frequent “bus” stops along the highway; (9) large buses, which also make frequent stops along the highway; (10) big Kawasaki and Honda motorcycles, which can speedily weave in and out of traffic; (11) big trucks carrying cement, goods, gas and oil, and grain; and (12) cars, like the one we were in.

The faster vehicles overtake and pass the slower vehicles as you may well imagine. I am sure that if a helicopter were above us, the pilot would think the entire state of Mindanao was inebriated because there was so much weaving in and out of traffic. Nighttime made it worse. I couldn’t even see the pedestrians and bikes that we were passing. How Fr. Bene managed to drive without killing people, I’ll never know.  We did see two accidents. In both cases, a car struck a motorcycle.

The entire trip reminded me greatly of an event from my past when Fr. Bourgeois [former superior general of the Priests of the Sacred Heart], having just recently learned to drive, drove down the middle lane of a three lane highway. I saw cars pulling into that passing lane and then, just as quickly, returning to their regular lane. Fr. Bourgeois had the center track and he (we!) weren’t going to give it up. When we got to where we were going, I remembered that I lost my stomach.

After an equally crazy drive in the Philippines, I wondered if I would do the same. This time, I didn’t.

The novitiate was quite nice, quite scenic, and the people were exceptionally hospitable.

In the time I have been here I traveled to see Kumalarang and Margosatubig places where the SCJs have ministered, and witnessed a final vow ceremony. All in all, my stay was very pleasant.

Our return trip was no less chaotic, but at least it was in the daylight and took about two-and-a-half fewer hours.

Upon my return, I finally began teaching English. I have two groups: one is made up entirely of Filipinos and one is primarily Vietnamese.

So much for week one in the Philippines!